Todd and Julie Chrisley of American reality television have reportedly begun their combined 19-year prison sentences. Todd, 53, went to The Federal Prison Camp in Pensacola, Florida, on Tuesday, January 17, where he will begin a 12-year sentence. Julie, 50, on the other hand, arrived at Federal Medical Center Lexington, Kentucky, where she will serve her seven-year sentence. According to Entertainment Tonight, her first destination was supposed to be Florida, but that changed on December 20, 2022, from the Sunshine State’s Correctional Institution Marianna to the current prison.

Todd Chrisley and Julie Chrisley were convicted of bank fraud and tax evasion.

Todd and Julie were found guilty in June 2022 after federal prosecutors said they were part of a large bank fraud conspiracy and hid their income from the IRS while flaunting their lavish lifestyles. During their trial, prosecutors alleged the couple used forged documents to obtain nearly $30 million in illegal loans from banks. But when they were unable to pay back, they filed for bankruptcy.

According to USA Today, the prosecutors stated:

“The Chrisleys have built an empire on the illusion that their money was earned through hard work and commitment. The unanimous conviction establishes the truth: Todd and Julie are professional con artists who have built a life by bouncing from one scam to the next , lie to banks, stiff suppliers and evade taxes at every turn.”

In addition to the two, their accountant, Peter Tarantino, was convicted. According to the Justice Department, he was charged with one count of conspiracy to defraud the government and two counts of knowingly filing false tax returns.

Todd and Julie began their reality TV show and “flaunted their money and lifestyle to the American public” while insolvent, according to prosecutors. They also kept the show’s millions of dollars from the IRS. Prosecutors also alleged that Todd and Julie encouraged their friends to lie under oath and provided the jury with incorrect documents.

“The Chrisleys are remarkable for the diverse and broad breadth of their fraudulent activity, as well as the degree to which they engaged in fraudulent and obstructive behavior over a long period of time.” 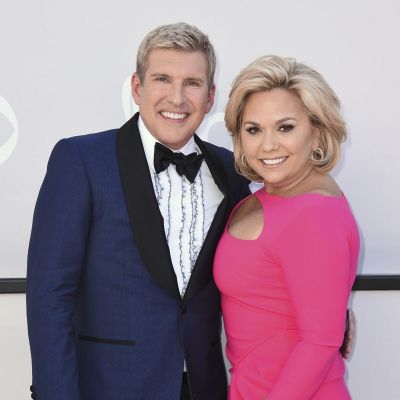 Julie’s attorneys argued in a court document after the trial that she had only a minor part in the tax fraud case and that instead of prison time, probation with specific restrictions would be an appropriate sentence. The couple maintain their innocence and are fighting for their convictions in court. Chrisley Knows Best, a 2014 reality television show on the USA Network, catapulted the Chrisleys to popularity. They were on the show with their three children, Chase, Savannah and Grayson.