Na Chul Passed Away At The Age Of 36

South Korean media site Star News Korea stated on January 21, 2023 that Vincenzo and Little Women actor Come on Chul had died at the age of 36. According to reports, the actor was seeking therapy for his poor health. The media site further said that Na Chul died as a result of worsening health problems he experienced when he was taken to the hospital. However, after being hospitalized, his health rapidly deteriorated, resulting in his untimely death. The actor’s cause of death is still unknown.

As an actor, he appeared in a number of supporting roles and enlivened the dramas and shows in which he appeared. He became known for his humorous and villainous roles in a number of dramas including Through The Darkness, Happiness, Jirisan, DP, Hospital Playlist Season 1, Vincenzo, Little Woman and many more. Na Chul has also starred in a number of films including Tune in for Love, Sinkhole, Extreme Job and the upcoming Concrete Utopia. This was the actor’s last film under the direction of Um Tae-hwa, who previously directed Park Seo-joon and Park Bo-young.

As tributes to Na Chul continue to pour in, co-star Kim Go-eun delivers a touching note about the actor on Instagram.

Kim Go-eun, a South Korean actress, collaborated with Na Chul on the Netflix blockbuster drama Little Women, portraying the lawyer for the actress’ character, Oh In-ju. As lawyers and clients, the two displayed flawless synchronicity. Fans have previously appreciated his performance in Vincenzo, where he portrayed the supporting role of Na Deok-jin, the head of Babel’s investment and development team. He has received great acclaim for his performance as an antagonist in the current blockbuster drama Weak Hero Class 1.

There, Na Chul portrayed Ki Gil-soo, a gangster notorious for luring high school and naive youth into the gaming industry. In return for his loan, he gives them loans and then forces them to serve as his slaves for the rest of their lives. Little Women co-star Kim Go-eun offered an emotional tribute to the actor in an Instagram photo, which she wrote:

“The greatest actor of all time. “The most incredible guy, father, husband, son and friend.”

The actress went on to say:

“Thank you, Na Chul, for demonstrating what excellent acting is. I was hoping to see more of your work. REST IN PEACE.”

After his death, the actress uploaded another photo of herself and the actor on her Instagram on January 22. She stated:

“I’m sorry I couldn’t be with you until the end. Thank you for creating these priceless experiences. I’m not sure what the rush was. It will be better than it is now. I’ll keep the two remaining treasures. Don’t worry. Na Chul, rest in peace.” 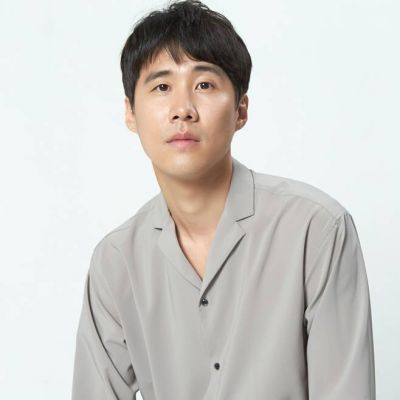 Similarly, when the news of the actor’s death spread on the internet, several fans and celebrities paid tribute to him on social media. Netizens expressed their sadness at having to let him go like this as they continued to express their condolences and gratitude for his recent work in Weak Hero Class 1, Once Upon a Small Time and others. On January 23, 2023, the actor’s funeral was held, and his loved ones sent their last farewells and sympathies to the late star.