Fans of the Yellowstone series will be treated to another spinoff titled 1883: The Bass Reeves Story, in which Dennis Quaid will portray Sherrill Lynn, a Deputy US Marshall. Yellowstone has had three shows: Yellowstone, 1883 and 1923. The fifth season of Yellowstone and the first season of 1923 will continue this year, while 1883 will air from December 19, 2021 to February 27, 2022. All of these presentations revealed the roots from the infamous Dutton family that dominates Montana with an iron grip.

In the 1883 spinoff, Dennis Quaid will portray US Deputy Marshal Sherrill Lynn.

Bass Reeves, the first black Deputy US Marshall in the American West, is played by David Oyelowo in 1883: The Bass Reeves Story. Dennis Quaid will star as Deputy US Marshall Sherrill Lynn. The new Taylor Sheridan-created Paramount+ series is now shooting in Texas. It will be the fourth sequel to the Paramount hit Yellowstone, starring Kevin Costner. The program has been in the works for some time. Oyelowo explained the concept, calling it an “epic-sized” miniseries.

In a recent interview, Dennis Quaid stated that he has joined the cast of the new show. He said he had to get up at 4 to ride horses and fire weapons. Bass Reeves was a law enforcement officer in the United States. He was also the first black Deputy United States Marshal west of the Mississippi River, serving in Arkansas and Oklahoma Territory. Reeves apprehended nearly 3,000 dangerous fugitives and shot and killed 14 of them in self-defense. According to the description of 1883: The Bass Reeves Story, Reeves was recognized as the greatest “frontier hero” in American history. He is also said to be the inspiration for The Lone Ranger.

According to the summary, Reeves served as a federal peace officer in Indian Territory after Reconstruction. He is believed to have apprehended over 3000 of the most dangerous offenders without being harmed. Yoruba Saxon Productions, Sheridan’s Bosque Ranch Productions, MTV Entertainment Studios and 101 Studios will produce the show.

Dennis Quaid was named Best Supporting Actor for his performance in the film Far from Heaven.

Dennis Quaid, who was born in Texas on April 9, 1954, is recognized for a wide range of serious and humorous performances. He is descended from English, Irish, Scots-Irish and French ancestors. Dennis Quaid, the older brother of American actor Randy Quaid, attended Bellaire High School in Bellaire, Texas. He then attended the University of Houston and studied acting under Cecil Pickett, a former Bellaire High teacher. Pickett is also the father of actress Cindy Pickett. 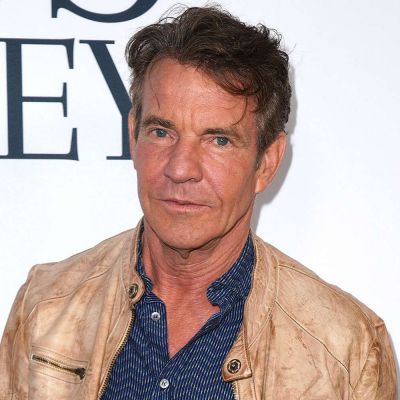 Dennis Quaid, who is also related to Gene Autry, has appeared in the following films:

He received the New York Film Critics Circle Award for Best Supporting Actor for his performance in Far from Heaven. The Guardian rated him as one of the best artists never to have been nominated for an Oscar. He has three children and has been married four times. Quaid is a musician who performs with the Sharks.